Hello bookworms,
are you well?

I truly cannot believe how fast last year went, and the fact that 2020 is now upon us. I thought I had months to organise this post, but instead, it’s the middle of December and I’m finally getting around to telling you about what books I need to get my hands on. So let’s not waste any more time shall we? 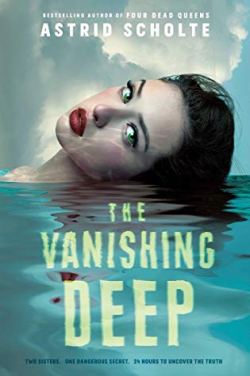 Seventeen-year-old Tempe was born into a world of water. When the Great Waves destroyed her planet, its people had to learn to survive living on the water, but the ruins of the cities below still called. Tempe dives daily, scavenging the ruins of a bygone era, searching for anything of value to trade for Notes. It isn’t food or clothing that she wants to buy, but her dead sister’s life. For a price, the research facility on the island of Palindromena will revive the dearly departed for twenty-four hours before returning them to death. It isn’t a heartfelt reunion that Tempe is after; she wants answers. Elysea died keeping a terrible secret, one that has ignited an unquenchable fury in Tempe: Her beloved sister was responsible for the death of their parents. Tempe wants to know why.

But once revived, Elysea has other plans. She doesn’t want to spend her last day in a cold room accounting for a crime she insists she didn’t commit. Elysea wants her freedom and one final glimpse at the life that was stolen from her. She persuades Tempe to break her out of the facility, and they embark on a dangerous journey to discover the truth about their parents’ death and mend their broken bond. But they’re pursued every step of the way by two Palindromena employees desperate to find them before Elysea’s time is up–and before the secret behind the revival process and the true cost of restored life is revealed.

WHY AM I EXCITED FOR THIS ONE: I truly adored her first novel FOUR DEAD QUEENS, and have been keeping an eye on her work since. I want to know if this book will live up to the hype that her debut created for me, and to see if she can write a sci fi as well as  a fantasy.

In this volume we’ll see the Heartstopper gang go on a school trip to Paris! Not only are Nick and Charlie navigating a new city, but also telling more people about their relationship AND learning more about the challenges each other are facing in private…

Meanwhile Tao and Elle will face their feelings for each other, Tara and Darcy share more about their relationship origin story, and the teachers supervising the trip seem… rather close…?

WHY AM I EXCITED FOR THIS: Honestly? because I have a heart? Nick and Charlie’s story is just so heart warming and beautiful. It’s full of amazing representation and I am so so so happy to see that it is still being published in a physical format as I want to collect them all.

THE GIRL AND THE STARS
MARK LAWRENCE

In the ice, east of the Black Rock, there is a hole into which broken children are thrown.

On Abeth the vastness of the ice holds no room for individuals. Survival together is barely possible. No one survives alone.

To resist the cold, to endure the months of night when even the air itself begins to freeze, requires a special breed. Variation is dangerous, difference is fatal. And Yaz is not the same.

Yaz is torn from the only life she’s ever known, away from her family, from the boy she thought she would spend her days with, and has to carve out a new path for herself in a world whose existence she never suspected. A world full of difference and mystery and danger.

Yaz learns that Abeth is older and stranger than she had ever imagined. She learns that her weaknesses are another kind of strength. And she learns to challenge the cruel arithmetic of survival that has always governed her people.

Only when it’s darkest you can see the stars.

WHY AM I EXCITED FOR THIS: I think we all have a handful of authors where whatever we read is a 5 star book, right? I’m starting to think Mark Lawrence is that for me. This is a companion/continuation series to RED SISTER which is one of my favourite fantasy series ever. So of course I need this ASAP. 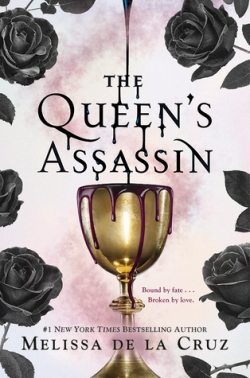 Caledon Holt is the Kingdom of Renovia’s deadliest weapon. No one alive can best him in brawn or brains, which is why he’s the Guild’s most dangerous member and the Queen’s one and only assassin. He’s also bound to the Queen by an impossible vow–to find the missing Deian Scrolls, the fount of all magical history and knowledge, stolen years ago by a nefarious sect called the Aphrasians.

Shadow has been training all her life to follow in the footsteps of her mother and aunts–to become skilled enough to join the ranks of the Guild. Though magic has been forbidden since the Aphrasian uprising, Shadow has been learning to control her powers in secret, hoping that one day she’ll become an assassin as feared and revered as Caledon Holt.

When a surprise attack brings Shadow and Cal together, they’re forced to team up as assassin and apprentice to hunt down a new sinister threat to Renovia. But as Cal and Shadow grow closer, they’ll uncover a shocking web of lies and secrets that may destroy everything they hold dear. With war on the horizon and true love at risk, they’ll stop at nothing to protect each other and their kingdom in this stunning first novel in the Queen’s Secret series.

WHY AM I EXCITED FOR THIS: First of all, have you seen that cover? PERFECTION. Secondly, I am a SUCKER for assassin novels and stories where people are forced to work together to solve something. Honestly, this just sounds like a good cliche fantasy that I’m ready for.

THE HAND ON THE WALL
MAUREEN JOHNSON

Ellingham Academy is a famous private school in Vermont for the brightest thinkers, inventors, and artists. It was founded by Albert Ellingham, an early twentieth century tycoon, who wanted to make a wonderful place full of riddles, twisting pathways, and gardens. “A place” he said, “where learning is a game.”

Shortly after the school opened, his wife and daughter were kidnapped. The only real clue was a mocking riddle listing methods of murder, signed with the frightening pseudonym, Truly Devious. It became one of the great unsolved crimes of American history.

True-crime aficionado Stevie Bell is set to begin her first year at Ellingham Academy, and she has an ambitious plan: She will solve this cold case. That is, she will solve the case when she gets a grip on her demanding new school life and her housemates: the inventor, the novelist, the actor, the artist, and the jokester. But something strange is happening. Truly Devious makes a surprise return, and death revisits Ellingham Academy. The past has crawled out of its grave. Someone has gotten away with murder.

WHY AM I EXCITED FOR THIS: Because it is a part of a YA DARK ACADEMIA that is accessible and easy for everyone to fall in love with! I ADORED the first book, TRULY DEVIOUS, and I am equally scared and excited to get to the second book and this which is the finale!

There you go! Those are the top 5 books I am anticipating for early 2020, at least, that I can think of.
Should I do this quarterly? A post 4 times a year where I let you know what books I’m looking forward 3-4 months?
Tell me below!